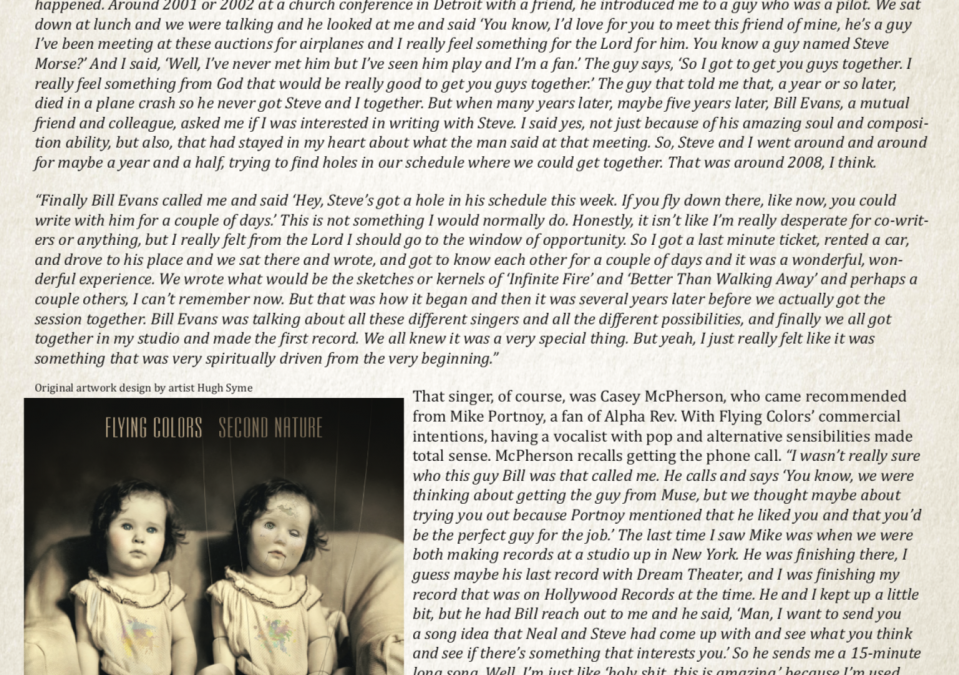 Flying Colors, the supergroup with Steve Morse, Neal Morse, Mike Portnoy, Dave LaRue, and Casey McPherson, debuted in 2013 with their self-titled album. The release, a mix of prog and pop, was a fresh take on an old formula that executive producer Bill Evans had set out to create. In an excerpt from the book Essential Modern Progressive Rock Albums, which covers the history of the band and their follow-up album Second Nature, the tale of how the band came to be is described. You can see a couple of the chapter on Flying Colors here. 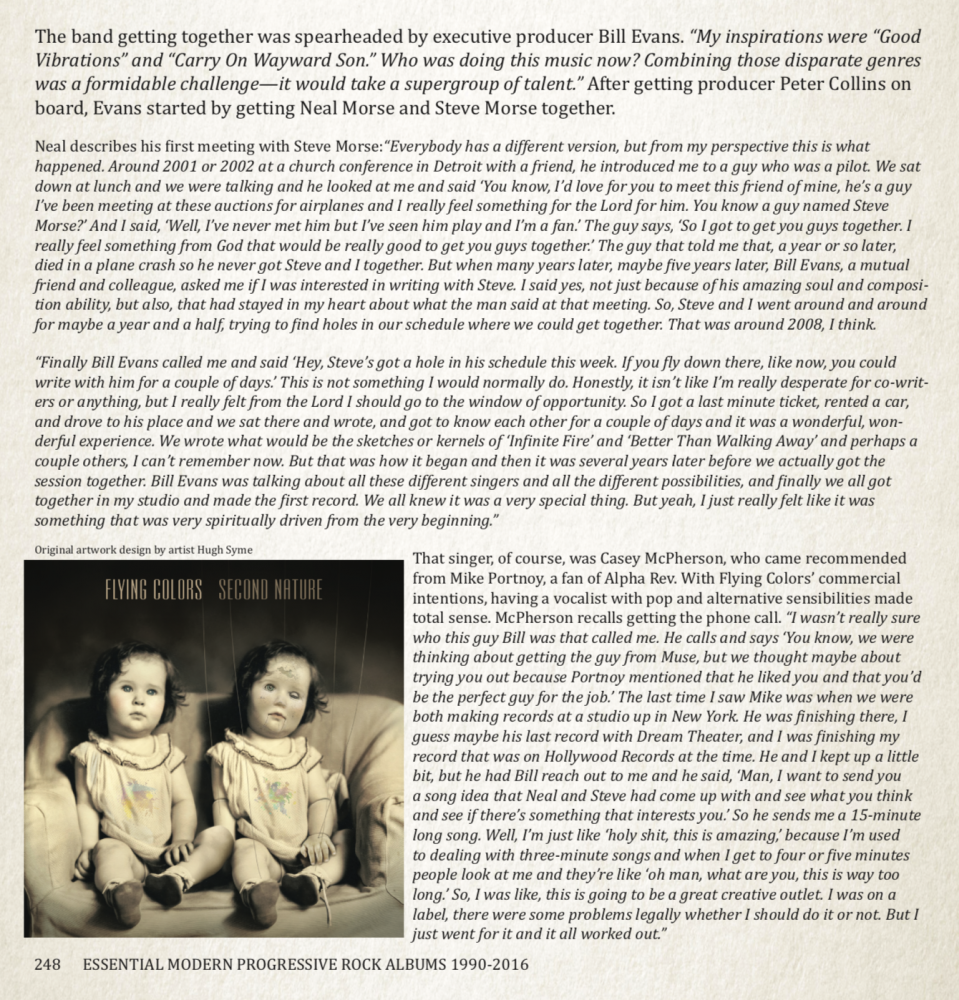 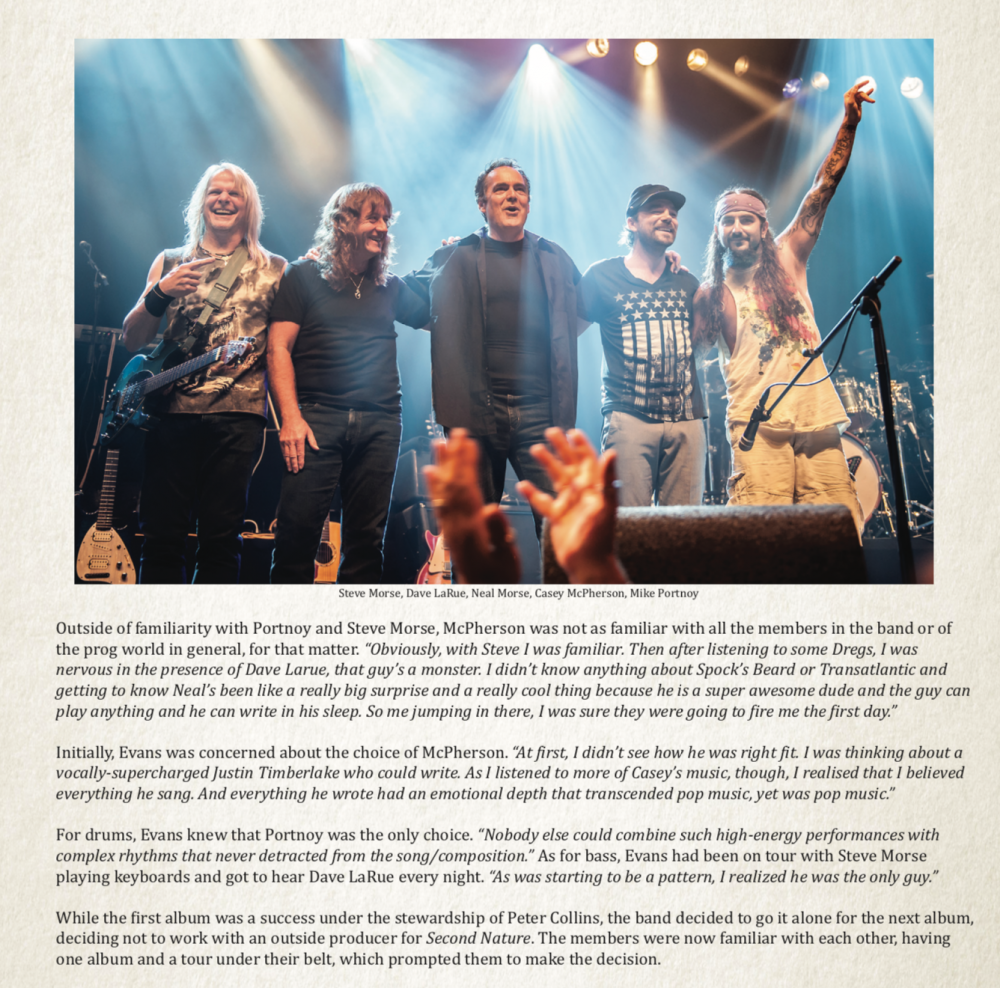 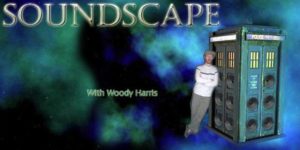